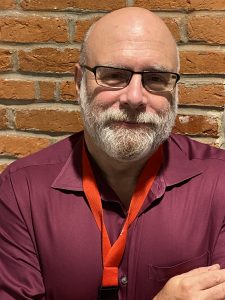 Dr. Cook’s work focuses on moral configurations of childhood and the child vis-à-vis commercial and economic cultural fields. In particular, he explores the various ways in which tensions between “the child” and “the market” play themselves out in various sites of children’s consumer culture, such as advertising, food, rituals, clothing and media.

He is the author of The Moral Project of Childhood: Motherhood, Material Life and Early Children’s Consumer Culture (2020, NYU Press) and The Commodification of Childhood: The Children’s Clothing Industry and the Rise of the Child Consumer (2004, Duke University Press). The  SAGE Encyclopedia of Children and Childhood Studies, a four-volume, 1.1 million word reference work was published in 2020 under Cook’s editorship. A field-defining and field-coalescing work, the Encyclopedia is composed of just under 600 entries on a wide range of topics written by seasoned and emerging scholars and practitioners. Along with Spyros Spyrou (European University, Cyprus) and Rachel Rosen (University College London), Cook co-edited Reimagining childhood Studies (2019, Bloomsbury Press), in which contributors rethink the parameters of key arenas of the field in an effort to chart new directions. Cook also is co-editor of Children and Armed Conflict (2011, Palgrave), along with John Wall and is sole editor of Symbolic Childhood (2002, Peter Lang) and The Lived Experiences of Public Consumption (2008, Palgrave).  He is also the founding Chair of the Section on the Sociology of Consumers and Consumption of the American Sociological Association and serves on numerous editorial boards of journal and scientific committees of international scholarly organizations.

M.A. in Communication (1988) – University of Pennsylvannia

B.A. in Individual Plans of Study (1983) – University of Illinois

The Commodification of Childhood: The Children’s Clothing Industry and the Rise of the Child Consumer. Durham, NC: Duke University Press, 2004.

The SAGE Encyclopedia of Children and Childhood Studies. Sage; London, 2020

2013 “Children and Consumption: History and Historiography.” The Routledge History of Childhood in the Western World, Paul Fass (ed.). London and New York: Routledge.  283-295.

Video interview about his book, “The Moral Project of Childhood” for the Society for the History of Children and Youth, 2022.

Quoted in “How to Talk to Your Kids About All That Stuff They Want” by Carey Wallace, December 14, 2015, Time magazine.

Quoted in “How Parents Could Be Sending The Wrong Message With Elf On The Shelf” by Rebecca Adams, December 17, 2014, Huffington Post.

Quoted in “Here’s how much you can expect to spend on gifts, and some expert advice on avoiding after-sale remorse” by Lois Collins, November 27, 2014, Deseret News.

Quoted in “Kids Like Being Kids, Study Finds, Perhaps Thanks to Parenting” by Emily Alpert, July 21, 2013. Los Angeles Times.