The Department of Childhood Studies at Rutgers University is delighted to announce that Patrick Cox and Anandini Dar have been named as the co-recipients of the David K. Sengstack Endowed Graduate Fellowship for AY 2010-2011.

Patrick Cox is finishing up his second full year as a full-time doctoral student in the Department of Childhood Studies.  Mr. Cox has maintained a 3.8 grade point average in his two years of coursework and has passed his Second Year Review.  His vision and sustained hard work in co-chairing the recent “Exploring Childhood Studies” graduate student conference (April 2010) impressed everyone in attendance.  Through efforts such as these, as well as through his own scholarship, Mr. Cox is helping to put the Department of Childhood Studies on the map.  He will deliver two conference papers at national meetings in 2010 and has recently won a competitive travel grant from the Children’s Literature Association in support of his dissertation project—a history of the influential children’s periodical Highlights for Children.  With his co-Fellow, Ms Dar, in September 2010 Patrick Cox will present a paper about the experience of engaging in cross-disciplinary research and organizing a cross-disciplinary conference at the “Enhancing Communication in Cross-Disciplinary Research” conference sponsored by the National Science Foundation and the University of Idaho.

Anandini Dar is also in her second year of full-time doctoral study in the Department.  Ms Dar has maintained a 3.8 grade point average in her two years of coursework and has passed the Second Year Review.  Ms Dar’s outstanding leadership qualities were made apparent in her work as conference co-chair of the successful “Exploring Childhood Studies” conference.  Her hard work and dedication to advancing the discipline of Childhood Studies is as impressive as it is appreciated by the members of the Department and to the participants who came from all over the world to attend.  In 2009, Ms Dar’s research on photo-interviewing and migrant children was well received at the European Sociological Association Conference held in Lisbon, Portugal. Her current work with a group of South Asian youth in Queens, NY, the basis for her promising dissertation project, focuses attention on the formation of South Asian children’s cultural identities.  Ms Dar, with her co-Fellow Mr. Cox, will guest edit a special issue of the peer-reviewed e-journal Childhoods Today, published by the Centre for the Study of Childhood and Youth at the University of Sheffield. 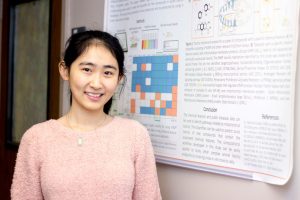